This is a process that affects the connective tissue of the penis. Besides, a fibrous lesion (plaque) appears and, apart from being usually felt, it may cause curvatures or other deformities of the penis. It is a benign pathology. However, it can make sex difficult or impossible, resulting in a devastating situation for the patient’s sex life and overall quality of life.

Although the cause is unknown, the most accepted theory is based on the succession of vascular microtraumas in the tunica albuginea, one of the layers of the penis. In some cases, the cause has been described after finding a more serious traumatism (fracture of the penis) that has not been correctly treated. This pathology affects men of all ages, although those between 40 and 70 years old are more prone to suffer from it. It has been generally stated that it only affects 1% of the male population, but some authors claim that its incidence may be on the rise, affecting 4-5% of men. It is associated with the Ledderhose and Dupuytren’s diseases, which are fibroid retractions of similar characteristics that occur in the palms of the hands and soles of the feet, respectively. 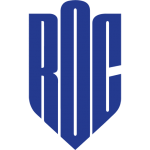 Typically, two stages of the disease are distinguished:

» Acute phase: there is an inflammatory reaction of unknown cause, causing the appearance of palpable fibrosis (plaque). It is usually accompanied by pain during erection, and the patient observes a progressive deviation or deformation (hourglass, indentation). It usually lasts between 12 and 18 months, on average.

» Chronic or stable phase: inflammation is reduced, leaving the palpable plaque. Usually, the patient stops feeling pain during erection, and does not observe a worsening of the deformity. The plaque is usually palpable and, in some cases, it may calcify and even ossify.

It can cause erectile dysfunction, the severity of which will depend on the disease itself and the previous characteristics of the patient. It is also common for the fibrous and scarring process to lead to a variable penis shortening.

It is important to see a specialist as soon as any of the symptoms described in the acute phase are noticed, since starting treatment in this phase can stop the progression of the disease, and thus prevent more serious sequelae and more aggressive treatments.

Our Andrology Unit is made up of three renowned Andrologists: Javier Romero Otero, Eduardo García Cruz, and Borja García Gómez. We offer a personalised treatment of the highest level and, regardless of the case, we help you find the possible causes and the most suitable therapeutic alternative.

» Clinical interview with a super-specialised andrologist.

Background will be assessed, and research done on the occurrence of symptoms, erectile function, penetration ability and time since the onset of symptoms. The physical exam enables detecting the presence of nodules or penis plaque.

They help to establish, as objectively as possible, the severity of the pathology and the effect it has on the individual.

It is a technique increasingly used in the diagnosis and management of Peyronie’s disease. It must be performed by a specialist; otherwise, the information provided is very limited. First, an ultrasound of the penis according to protocol is performed, to observe the structure and measure the thickness of the tunica albuginea, allowing to delimit the extension and location of the plaque. During the second part, a standardised amount of a drug that causes an erection is injected into the penis with a fine needle and, following the re-evaluation of the penile structure, the arterial and venous blood flows are measured after a certain period. It is very useful to detect the presence of erectile dysfunction and categorise its severity, in order to decide on the most appropriate treatment.

It involves taking several photographs of the erect penis from various angles (upper, side and front, at least) to enable the assessment of the curvature direction and degree. It is an essential test in the initial assessment of the disease, and it is recommended for both the first evaluation and monitoring. You may use your mobile phone and show the photos during consultation, or bring them on a USB stick.

There are several options for treating Peyronie’s disease. After the evaluation, the andrologist will suggest the most suitable one in your case. They are divided into two large groups:

It is usually the first therapeutic step of the disease, especially in incipient diseases and not very pronounced curvatures. This includes different types:

» 1.a. Oral treatments:
Several have been used over the years, such as vitamin E, potaba, tamoxifen and colchicine. In general, their results are unsatisfactory and have been shown to be no better than placebo, therefore their use is not recommended. The andrologist may recommend the use of oral drugs for the treatment of erectile dysfunction, with the aim of treating it and serving as adjuvant treatment for Peyronie’s disease.

» 1.b. Penis extenders:
These are devices that clasp the glans and keep stretched out the body of the penis by traction against the pubic bone. Its use has been known for years, but it has not become widespread until today. Its operating mechanism is based on mechanotransduction. According to this, when the penis (or any other organ) is subjected to continuous forces in a certain direction, the tissue gives in to that direction. They are very beneficial as adjuvant to other treatments (see below), although they have been shown to decrease curvature and prevent associated penis shrinkage on their own. They are particularly helpful during the acute phase of the disease, when fibrosis has begun to establish itself, to prevent it from causing further curvature or shortening of the penis. They should be used for a minimum of 4 hours a day, and never during sleep, since during that period the body has spontaneous erections that are very beneficial for the penis, and that would be hindered.

» 1.c. Intralesional injections with verapamil:
Consists in introducing inside the fibrous plaque some drug to provoke a change in it. Verapamil is a calcium channel blocker, it has an anti-inflammatory effect and is therefore useful during the active phase of the disease. Periodic injection (the standard treatment consists of four injections, spaced by one week), together with the constant use of a penis extender, allows, in many cases, to diminish the present inflammation and, therefore, to stop the advance of the disease. In some cases, it may even improve the curvature.

» 1.d. Shock waves.
Also used for erectile dysfunction. This treatment causes a remodelling of the fibrous plaque and an increase in vascularisation in the scar area (increasing the presence of cells capable of destroying plaque). Although there is no evidence that it improves curvature, it is useful in reducing the pain experienced during the acute phase of the disease.

Any surgical treatment aims to definitively settle penile curvature and/or deformity and, if applicable, secondary or concomitant erectile dysfunction. Therefore, surgical solutions are only suggested in the chronic or stable phase of the disease. There are different types of surgeries:

» Plicatures:
This group includes a series of surgical procedures with, essentially, the same basis: stitches are inserted on the opposite side of the curvature in order to straighten the penis. This is the simplest technique, and it is used only in slightly pronounced curvatures (<60º). In addition to its simplicity, it has the advantage that postoperative erectile dysfunction is rare, but it can lead to shortening of the penis by 2-3 cm.

» Patches:
Consists of the surgical removal or cutting of the plaque, and placing a patch instead to cover the space it occupied. Patches are tissues of varied origin and composition, being the bovine pericardium one of the most used. With this technique, shrinkage of the penis is avoided, although erectile dysfunction may appear in up to 25% of cases. This technique is used in complex curvatures or >60º.

» Penile prosthesis implantation:
This procedure is reserved for patients with severe erectile dysfunction prior to surgery or when it is estimated that, given their previous risk factors and the nature of the procedure they will undergo, they will present a high probability of suffering from it after surgery. Thus, during a single procedure, following section and, if necessary, a patch is placed on the defect occupied by the plaque, and the prosthesis is placed inside. There is practically no shortening of the penis, but there are possible complications associated with the placement of the prosthesis (see section “Penile prothesis”).

Urología Tratamiento develops its activity in:

This website uses cookies to improve your experience while you navigate through the website. Out of these, the cookies that are categorized as necessary are stored on your browser as they are essential for the working of basic functionalities of the website. We also use third-party cookies that help us analyze and understand how you use this website. These cookies will be stored in your browser only with your consent. You also have the option to opt-out of these cookies. But opting out of some of these cookies may affect your browsing experience. Check cookies table.
Necesarias Always Enabled
Las cookies necesarias son imprescidibles para navegar por este sitio. Solo se ocupan de funciones básicas de identificación de usuario, seguridad y preferencias de idioma, y no recogen ningún dato personal. Suelen desaparecer ellas solas al cerrar el navegador o tras un tiempo.
No Necesarias
Incluye las cookies de servicios de terceros: Google Analytics, Facebook, Twitter, LinkedIn, Youtube, así como redes de display de anuncios, chats y cualquier otro servicio externo que implementamos en la web. Es obligatorio que ustéd acepte expresamente su uso.
SAVE & ACCEPT